Burst of knowledge from Käsmu 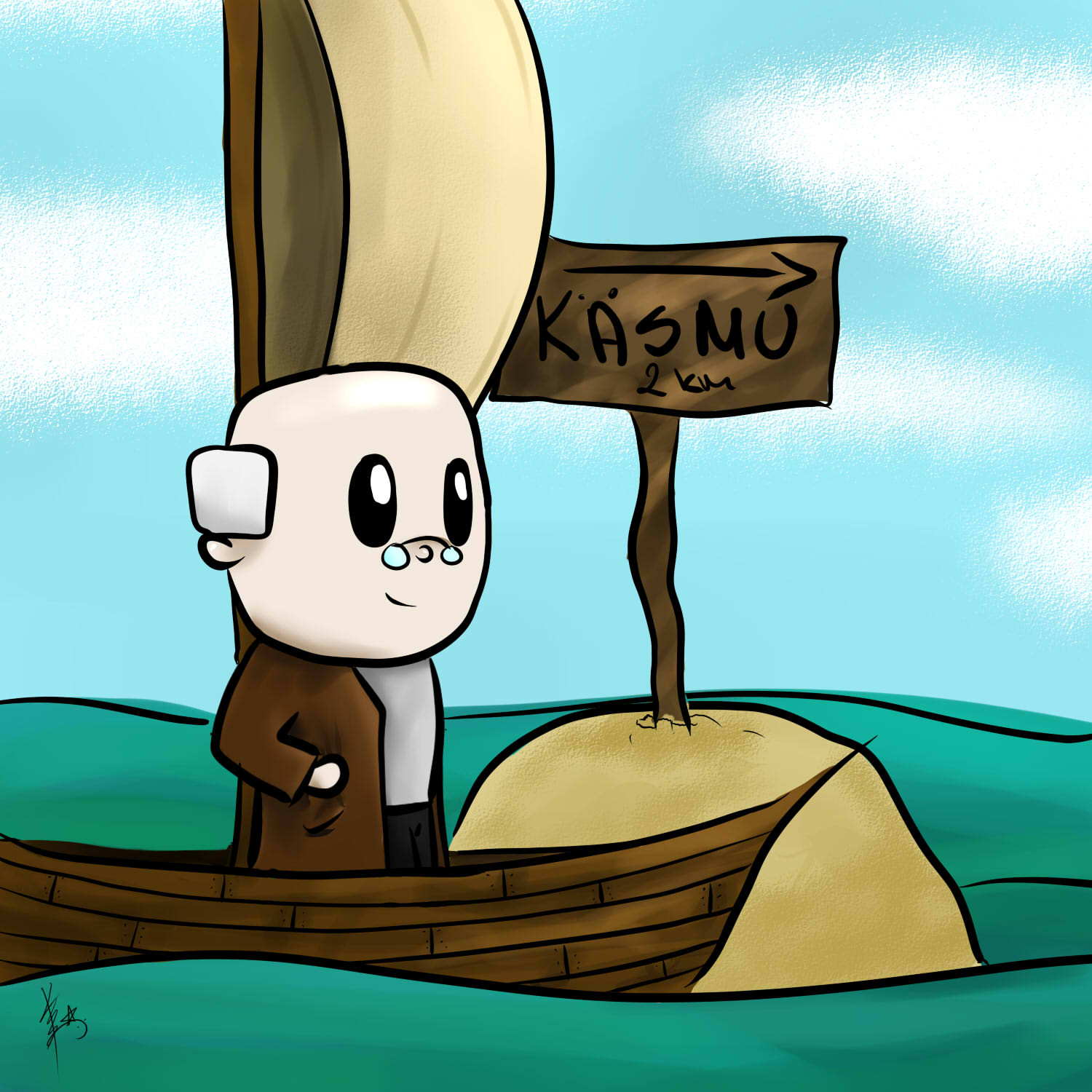 From 25-27 August, I had the pleasure of attending a translators’ summer school event in Käsmu, hosted by the Translators’ Section of Estonian Writers’ Union. Those 3 days were filled with engaging presentations, lively discussions, and loads of (literary) fun. I also made several new acquaintances both among established professionals and people bravely discovering the world of literary translation. I won’t go into much detail but I’d nevertheless like to give you a brief overview of the brightest moments.

A sworn translator Kaido Floren explained the legal aspects linked to translating (and translators), coming to the conclusion that Private Limited Company (in Estonian: osaühing; OÜ) is the form of entrepreneurship with most possibilities and flexibility.

As I deal with mainly technical, not literary texts, I was rather surprised when a literary translator Pille Kruus actually proved that a translator can (!) survive on translating books alone (due to publishing volume limits related to the size Estonia, I previously considered it a myth, discounting international bestsellers).

An intellectual and a writer Rein Raud recalled the Soviet times, when it was natural for a literary translator to translate one (!) broadsheet a month, receiving a full month’s salary for it. He also recognized that books were bought more back in those days, adding jokingly that „The books were all that was available at shops then”. He also made a point regarding how Chinese poetry is translated into free verse in Estonian (though the Chinese version has a clearly rhyming structure that is lost in translation). Mr Raud also stressed the importance of keeping in mind the target audience, form, and content while translating.

A philosopher and translator Margus Ott claimed (and I wholeheartedly agree) that a translator should, when appropriate, add to the translation (as something will always be lost in translation).

An Estonian writer and a translator Anti Saar further refined Ott’s point by pointing out the „compensation” translation technique (if some cleaver linguistic device used in the original cannot be translated due to linguistic differences in languages, the explanation could be added in brackets, for example). Mr Saar also introduced a lovely notion of „feeling the author clap you on the back approvingly” – the feeling of providing an exceptionally good translation for some problematic part in a text, for which one feels that the original author would be very satisfied with. In addition, he added an intriguing though that „by nature, any organic action is a translation process”. Mr Saar also compared translation process with „translating a ship into a bottle” (how the ship has the be a ship already before it’s inserted into the bottle). He also pointed out how a translator is responsible before the original author and the final reader. According to him, the stress of such pressure is to fade when the translator stops thinking about it. Mr Saar concluded that, regarding poetry, a translator often has to choose whether to translate the form or the idea of the original.

An Estonian translator, philosopher, and Søren Kierkegaard expert Jaan Pärnamäe compared Kierkegaard (and to a wider extent, any translated literary text) with a Norwegian fairytale (about a cheese, which was cut open, and from within came out soldiers, etc. ending with the Queen and the King themselves; each new appearance was greeted with a phrase „And yet, the cheese was still not empty”). It’s also a good example to stand for re-reading certain (translated) books, as we tend to discover new aspects each time, which we previously missed.

The final presentation was by a renown Estonian poetess and translator Doris Kareva, who called out attention to the fact that a translation has the face of both the author and the translator. She advised to analyze the words, pauses and the feeling one gets while reading a poem; how one should try to comprehend the feeling that the author felt while composing the poem (contained in the text). Is the author telling things to get things off his/her chest? Is he/she trying out a new clever linguistic trick? One has to find the „bearing beams” of the poem (which cannot be removed in any case, e.g the rhythm), in order to successfully translate the poem. She brought out three main factors present in any poem: the intonation, the vocabulary and the quality.

The intonation is as peculiar to a poet as gait is to a person. It is the „background sound” of the poet, his/her way of expression. The vocabulary deeply reflects the birth time of the text: the words the author prefers/avoids often tells us a lot. She painted a lovely impression of how a translator is like a traveler who has tasted an exquisite dish in a foreign country and has now arrived home, wishing to prepare it for his/her friends. However, the reproduced food is seldom perfect, as one needs to use local foodstuffs, some of which might not be available at all. The quality relies mainly in the question, whether the translation has vitality. How does the translation move? Is it graceful or spastic? Does it appear to be weighed down? Is the translation’s voice fresh or do we hear the former translations echoing from the piece?

I have to say I learned a lot from this summer school / translation in-service training and I’m already excited to attend again next year. This was exactly the kind of a short, intellectual getaway, which any translator needs every once in a while!